Categories
Tags
The New Jersey family law courts respond to domestic violence accusations very seriously. Bradley Beach divorce lawyer Brian Winters discusses what steps should be taken to protect your loved ones with New Jersey restraining orders and answers common questions about how family law courts process charges of domestic violence. It’s important to contact the police as well as an attorney if you believe you’ve been a victim of physical or verbal domestic abuse. –

What constitutes domestic violence and how does someone prove it has occurred?

In New Jersey, we have the Prevention of Domestic Violence Act, according to which various underlying criminal offences may form the basis of a domestic violence act. For example, if the perpetrator commits an act of harassment, assault, stalking, terroristic threats, or any underlying criminal offence, the same is tantamount to domestic violence.

You must prove domestic violence by a preponderance of the evidence that one of the underlying criminal acts has occurred. This is accomplished through a trial where the victim can produce documents, testimony, or any other evidence, including videotape or audiotape, to prove that what they claim happened has, in fact, occurred and amounts to domestic violence under the Act.

How does a victim of domestic abuse get a restraining order in New Jersey?

What’s the difference between a restraining order and a no-contact order?

A restraining order is entered under the Prevention of Domestic Violence Act, whereas a no-contact order is entered by the municipal court or the Superior Court relative to a criminal act. For example, if the party who is accused of committing an assault must go to court and deal with the criminal matter, then a no-contact order can be filed in the meantime to prevent the perpetrator from having contact with the victim. It is entirely different from a restraining order under the Domestic Violence Act.

Does domestic violence always have to be a physical assault? Do verbal assaults count as well?

The assault does not have to be physical and, oftentimes, it is not. One of the underlying crimes that can form the basis of a restraining order is harassment, which is typically verbal. It can come in the form of repeated berating, offensive, or verbal attacks. It can also be electronic, meaning someone sends 300 texts or emails at all sorts of hours that are inconvenient and harassing to the party. Another form of domestic violence is where someone blocks the door and doesn’t let you out or says, “You’re not leaving here until we have the conversation.” Although no physical contact has been made, that person has committed domestic violence.

Are attacks against property, such as a car or even a family pet, considered domestic abuse?

Acts against family property are usually evidence of domestic violence, but typically not domestic violence in and of itself. Alarming behavior may cause a court to conclude that there is harassment or terroristic threats. I have had cases where someone destroys property in the house and the judge says it is not criminal because that person owns the property, with the idea being that you can’t commit a crime against your own property.

What options does a family have if one spouse is ignoring the restraining order and continuing to be abusive toward the other spouse and their children?

What happens when it’s the wife who is physically and verbally abusive towards her husband? What should a man in this situation do?

There should be no difference between a man and a woman seeking a restraining order. In my experience, men seek restraining orders as frequently as women, perhaps because they have been counselled by their attorneys to seek a restraining order if one is warranted. There is no gender bias when it comes to protection under the Prevention of Domestic Violence Act.

What are the legal remedies for someone who believes he or she has been wrongfully accused, or even charged, with domestic violence?

What happens when both the husband and wife accuse each other of domestic violence?

That happens quite often. A judge will typically find there has been domestic violence on both sides and enter dual restraining orders, restraining each party from the other. In that case, the real fight becomes over who can stay in the marital home and who must leave, who will receive custody of the children and who will have parenting time, as well as what sort of financial support one party might have to pay to the other.

Have you ever seen someone use an accusation as a strategy to get full custody of the children when, in fact, no abuse has taken place?

All too often that is the case. There is a provision within the Prevention of Domestic Violence Act that says a perpetrator of domestic violence is presumed to be a less fit custodial parent than the victim. Therefore, it is typical for one party or the other to try to get a restraining order so they have an advantage if there is a custody fight in their divorce. It is deplorable, but oftentimes true.

There is a law in our state that says a restraining order is to be used as a shield rather than a sword. Unfortunately, it is too often the case that people use the Prevention of Domestic Violence Act as a weapon against the other party.

Where can a victim of domestic violence get help in New Jersey?

There are various groups who counsel victims of domestic violence, including in Monmouth County where I primarily practice. A group called 180 Turning Lives Around can be found utilizing a simple internet search or even by calling the court or the police. Of course, any victim of domestic abuse should consult with an attorney and, as a preliminary manner, should have no hesitancy in calling the police to assist them. Safety is their primary concern.

If someone genuinely fears for their life, should their first call be to the police and their second call to an attorney?

My first call would be to the police if there were any danger or perceived danger involved. The next call should be to an attorney. 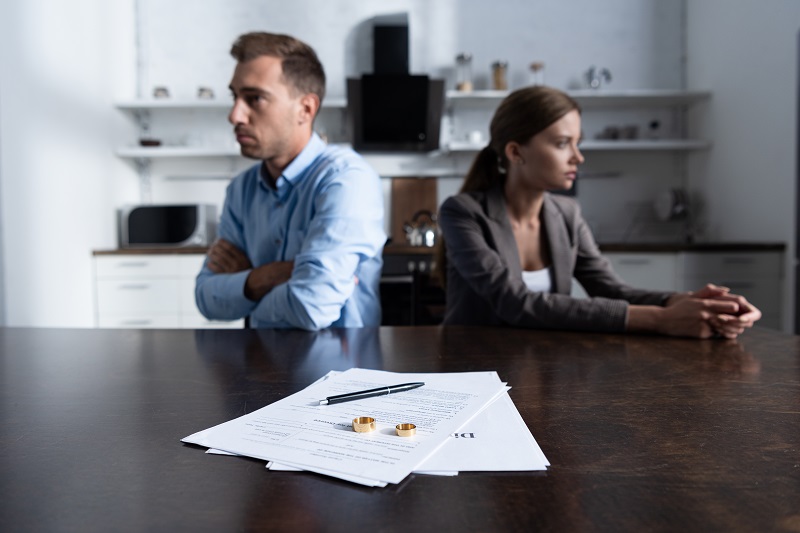