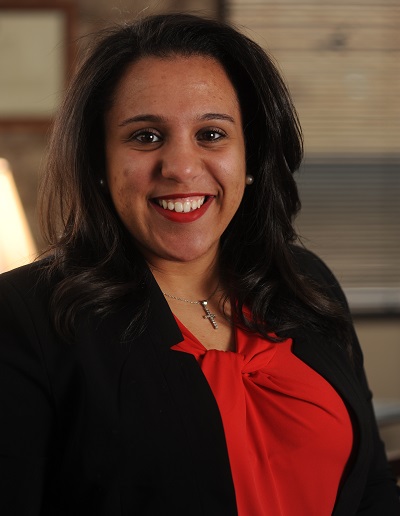 Marie-Christine Aziz graduated from Maurice A. Deane School of Law at Hofstra University in May 2017 with a concentration in Family Law. She was admitted to the New Jersey State Court in 2018 and is pending admission to the New York State Court.

While in law school, Marie-Christine was a member of the founding class for the Center for Children, Families, and the Law at Hofstra University and co-wrote the training manual. Ms. Aziz was also certified as a facilitative and transformative mediation with a specialization in family law matters. Marie-Christine was also the Vice President of the Hofstra Veteran’s Law Student Association where she helped organize the Veteran’s Legal Assistance Program. Ms. Aziz was a research assistant to Professor Robin Charlow for the 2015-2016 academic year, working on various education law elements.

During the summer of 2015, Marie-Christine volunteered with Jersey Battered Women’s Service (“JBWS”) in Morristown, New Jersey, where she assisted victims of domestic violence navigate through the court system and established her passion for family law.

Upon graduating from law school, Marie-Christine served as law clerk to the Honorable Peter J. Barnes, III, J.S.C. in Middlesex County- Family Division. She worked extensively on dissolution, non-dissolution, and domestic violence dockets. Ms. Aziz also mediated landlord/tenant and small claims disputes during the pendency of her clerkship, in addition to mediating a plethora of family law disputes.

Ms. Aziz is fluent in Arabic and is passionate about assisting the Arabic speaking community.

When Marie is not practicing law, she enjoys spending time with her family, hiking with her fiancé, or taking her dog to the park.